A Desire in the Heart and Magnetizing Thoughts

A Desire in the Heart and Magnetizing Thoughts

Dare to Listen to the Voice of God Calling You! 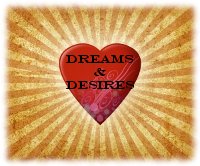 Enjoy the following, which is taken from chapter 2 of Marden’s book:

“‘Think the things you want.’ The profoundest philosophy is locked up in these few words.

Think of them clearly, persistently, concentrating upon them with all the force and might of your mind, and struggle toward them with all your energy. This is the way to make yourself a magnet for the things you want.

But the moment you begin to doubt, to worry, to fear, you demagnetize yourself, and the things you desire flee from you. You drive them away by your mental attitude.

They cannot come near you while you are deliberately separating yourself from them. You are going in one direction, and the things you want are going in the opposite direction.

“A desire in the heart for anything,” says H. Emilie Cady, “is God’s sure promise sent beforehand to indicate that it is yours already in the limitless realm of supply.”

No matter how discouraging your present outlook, how apparently unpromising your future, cling to your desire and you will realize it. Picture the ideal conditions, visualize the success, which you long to attain; imagine yourself already in the position you are ambitious to reach.

Do not acknowledge limitations, do not allow any other suggestion to lodge in your mind than the success you long for, the conditions you aspire to.

Picture your desires as actually realized, and hold fast to your vision with all the tenacity you can muster. This is the way out of your difficulties; this is the way to open the door ahead of you to the place higher up, to better and brighter conditions.

When Clifton Crawford, the actor, started on his career in America, he played in one-week performances in small towns and cities. One night he was told by a prominent member of the company that his work wasn’t much good, that he would never be successful, and had better go back home to Scotland.

Notwithstanding this discouraging but well-meant criticism and advice, young Crawford remained in America, continued in his profession and in a comparatively short time reached the coveted position of a Broadway ‘star.’

After his first success in New York he had the satisfaction of meeting the friend who had advised him to return to his own country, and reminded him of the incident.

Clifton Crawford won out because he related himself mentally to the thing he wanted, because he listened to the voice in his own soul rather than to the pessimistic predictions of outside voices.

“Why has the heart restless yearnings
For heights and steps untrod?
Some call it the voice of longing
And others the voice of God.”

That something within you which longs to be brought out, to be expressed, is the voice of God calling to you.

Don’t be afraid of your longings; there is divinity in them. Don’t try to strangle them because you think they are much too extravagant, too Utopian.

The Creator has not given you a longing to do that which you have no ability to do.

One reason why the lives of many of us are so narrow and pinched, small and common-place, is because we are afraid to fling out our desires, our longings, afraid to visualize them.

We become so accustomed to putting our confidence only in things that we see on the physical plane, in the material that is real to the senses, that it is very difficult for us to realize that the capital power, the force that does things, resides in the mind.

Instead of believing in our possession of the things we desire, we believe in our limitations, in our restrictions.

We demagnetize ourselves by wrong thinking and lack of faith.

We see only the obstacles in our path, and forget that man, working with God, is greater than any obstacle that can oppose itself to his will.” — Orison Swett Marden

“Be followers of them who through faith and patience inherit the promises.”
— Hebrews 6:12

National Day of Prayer 2010 – America’s People Crying Out to God!