Research into the Death and Resurrection of Jesus 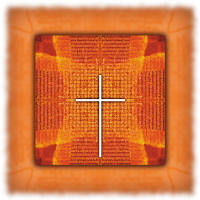 A Happy Good Friday to everyone!

Today and Sunday are especially important days for Christian believers.

I hope you take time to celebrate!

I just read an article in the Washington Post by Lee Strobel called “Investigating Easter.”

I found it interesting and highlighted some things below:

Resurrection… isn’t that the stuff of mythology and legend? We live in the scientific age – belief in the resurrection is simply untenable…

…at least, that’s what Lee thought until checking the facts himself. Using his legal training, he investigated the most audacious claim of history: that Jesus of Nazareth returned from the dead and thus authenticated his claim to being the Son of God.

After a couple years of research he found his atheism cracking after discovering some of the following:

Second, resurrection accounts date back so early they can’t be legendary – because legends take time to develop.

Third, there’s the empty tomb. If it weren’t empty, it would have been impossible for a movement founded on the resurrection to have exploded into existence in the same city where Jesus had been publicly executed and buried just a few weeks earlier.

You can read the complete article here: Investigating Easter

Again a Happy Good Friday to you!

What is the Difference Between Christian Meditation and Biblical Affirmations?