Empowerment – Do Not Be a Wimp in the Valley of Decision Making!

Empowerment – Do Not Be a Wimp in the Valley of Decision Making!

Discover How the Power of Decisiveness and Quality Choices Can Lead to Success!

Empowerment comes from acknowledging and
developing the weak areas in our lives.

We all have our strengths and weaknesses.

At some point in life…

a lack of success and/or balance
will shed light on those areas that need to be better
developed and strengthened.

Are You a Decision Making Wimp?

A primary trait that we all should develop as soon as possible is the ability to make quality decisions. Every person is born with a God-given capacity and right to choose. The ability to choose is our free moral agency, and it is also one of the main ways in which we are made in the image of God.

We are born into a world where everything operates by decisions.

God respects our right to choose and make decisions, even if it results in a bad outcome. Truly we live in the valley of decision and we see man’s right to choose as a theme repeated throughout the Bible. Different aspects of the power of choice are emphasized from Genesis to Revelation.

“I have set before you life and death, blessing and cursing, therefore choose life, that both you and your seed may live.”
— Deuteronomy 30:19

Let the Almighty God ‘Have Your Back’

Choosing to live by faith in God is the most important quality decision you can make in life. When you make a determined decision to trust God and His Word over any circumstance, you open the door to receive His promises.

The Almighty God is ready and willing to back you up with all of heaven’s power. He will move mighty on behalf of someone who has purposed to do things by the Book. You make the decision and God will back you up!

It is no secret; those who are half-hearted and wishy-washy about their decision making, never reach the level of success they desire. Why? Because the people that are double minded, and waver in their choices, are unstable and lack the commitment and resolve needed to win.

“Ask in faith, nothing wavering. For he that wavers is like a wave of the sea driven with the wind and tossed. For let not that man think that he shall receive any thing of the Lord. A double minded man is unstable in all his ways.”
— James 1:6-8

Many people are wise enough to make a quality decision to do things God’s way early on in life. However, for others it may take finally getting fed up with where they are at…

If that is you, are you going to continue to live with problems that are trying to defeat you, or are you going to make a determined, unwavering decision to overcome by doing things God’s way?

Start to practice making conscious choices to do things God’s way in the little things, and over time it will become a habit and easier to choose His way in the big things.

Guess what? All of heaven is waiting for your quality decision, made of your own free will, to operate according to God’s Word. It is an essential step in the divine order of faith and opens the door to the blessings and power of God. Begin now to empower yourself by making regular, intentional, committed decisions.

May you empower yourself with decisiveness and live in growing prosperity!

Be blessed to be a blessing –

P.S. Christianity is really nothing more than a series of decisions…

Think about it. Jesus died on the cross so that you might have forgiveness of sins and inherit eternal life. But that fact alone does you no good unless you make a decision to receive what He provided for you. God respects your right to choose (even if that means letting you spend eternity in hell).

Early this month, I had a stretch of being a full-time nanny for a little over a week.

It was for a really great family I’d also worked part-time for last school year  – and they asked me if I could help them out some again. The dad is an author of several books and in full-time ministry. So he had some speaking engagements that was going to take him out of town.

All their children are extremely talented and gifted. It’s always fun to spend time with them just to have some of their energy and creativity wash off on me. 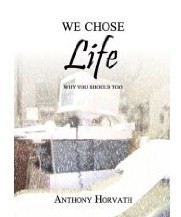 Well the youngest, is a 2yr old little girl who was born with spina bifida.

(Her parents have a very encouraging and heartfelt story of their daughter’s birth and life. Her father wrote a book on their experience and why they chose life and did not take the doctors offer to terminate the pregnancy.)

A little more background…last school year when I was there the little girl had a cast on almost the whole time. It went from her chest down to her toes! So obviously she was very limited in her activity and unable to get around and play.

I would think having a little more than half your body in a cast might dampen your spirit? It would mine!

But No: Not this little girl! She always had the sweetest smile and the ability to light up a room.

It was so humbling for me to know her and spend time with her (and still is). I had such a difficult year last year and was battling a number of challenges…

but every time I would go to their house, and see this little girl in her cast, and she’d still have the sweetest smile and happiest spirit…I would have to instantly reconsider what I was allowing myself to stress over and be unhappy over.

She now has most the surgeries complete on her hips, legs and knees. So no more cast. She has freedom to get around and it is amazing how well she does! She has leg braces to help her while she’s learning to walk.

The other thing she is learning to do is talk. She would say “ma” & “da” along with a number of other sounds and jabbering, but not really on demand words yet.

Well – I was blessed to have her start saying some words on demand while I was with her this month!

We just had a fun time during the week playing and being silly. I also got to hear more of the sounds and jabberings she was doing and I would copy her all the time. I would also act like her baby doll was talking and copying my words – and she thought that was pretty funny…

Anyway, the one day I was trying to get her to say “up” it sounded like she did. And then later in the day I was almost positive she started to say another word.

The next morning when getting her out of the crib I asked her to say “up” and this time she for sure did! And later she put her finger to her mouth and said “li” for light when she wanted to flip the light switch.

The BEST PART was getting her up after her nap time. She said “up” and then sat back down in her crib and started laughing…

and she kept laughing…

and would open her mouth like she was going to say “up” but couldn’t even talk because she was laughing so hard. That kind of deep belly laugh that makes your stomach hurt. 🙂 🙂 🙂

It was just the Most Beautiful, Precious thing!

For a good 3-5 minutes we just kept laughing. We were looking at each other through the crib bars and we would lean toward each other and open our mouths like we were going to say “up” and then bust out laughing again, unable to say a word…

And I can’t say for sure why she was laughing so hard, but I really think it was from a new level of understanding of the power she had to be able to speak and control what she was saying.

I wish I could describe the situation better, but it was one of those “you had to be there” times.

I’ll never forget it – I feel privileged to have been there that week and it was such a beautiful experience and blessing for me! Thanks for letting me share it with you.

And I thank God that He is helping this little girl grow and develop by leaps and bounds! If you would pray for her also it would be appreciated, as she still has some upcoming surgeries… Thank you.

P.S. You can read this family’s story of facing the reality of having a child with spina bifida and choosing life.  “We Chose Life: Why You Should Too” by Anthony Horvath is available now at Amazon.